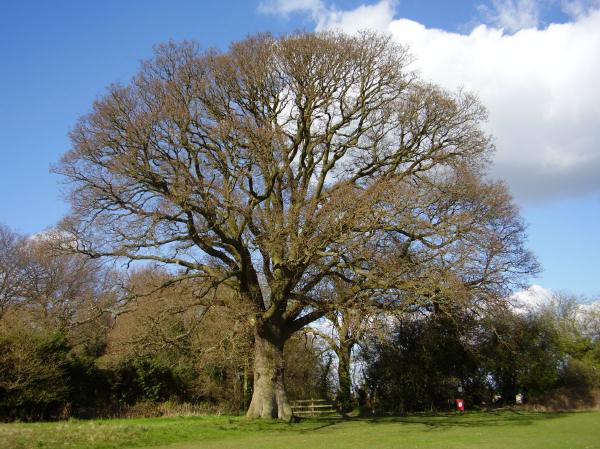 On returning home the surveyors checked the data they collected. One of the more important tasks was to make sure that the grid reference recorded by the GPS was as accurate as possible and the WDVTA recommended the use of the map tool which works with Google Maps to correlate a grid reference with a Google Map location. The Surveyor's Handbook explains how to do this.

When the results had been checked and the photographs correlated with the records the surveyors submitted the data to the parish co-ordinator. Surveyors comfortable with working with spreadsheets were encouraged to use the WDVTA Recording Form but if this was not possible then the co-ordinator carried out the task. Photographs could be submitted via a service such as Dropbox or Google Drive, on a USB drive, or any medium agreed with the co-ordinator. 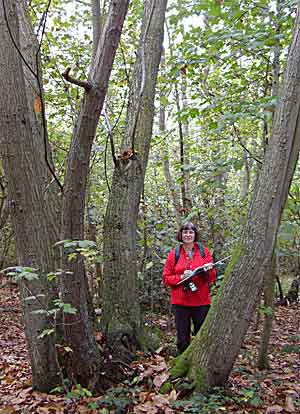 The co-ordinator's task was to check the surveyors' results and submit them to the data manager. The spreadsheets and photographs were processed automatically and further checks on the data carried out. All valid records were added to the database and for each batch of records submitted the administrator produced a map of the area surveyed with each tree marked with the number that identified it in the database. The map was returned to the co-ordinator who in turn forwarded it to the original surveyors for verification.

The collected information was made available to the databases of the Woodland Trust, the Thames Valley Environmental Records Centre and the Trees and Landscape & Countryside Services department of Wokingham Borough Council.

People make mistakes and events happen. The Wokingham District Veteran Tree Survey took account of life's great inevitabilities with forms and processes to amend the database in the event of an error or change in the status of a tree. Corrections could be made for a number of reasons such as:

Updates were made to record a change of status, for example

Anyone could send in a correction or update. This could be done using the webform on the tree details window displayed when the full details link had been activated for a tree record returned from the Map page. Alternatively, an amendment could be submitted using a form sent to the parish coordinator. Forms were downloadable from this website. 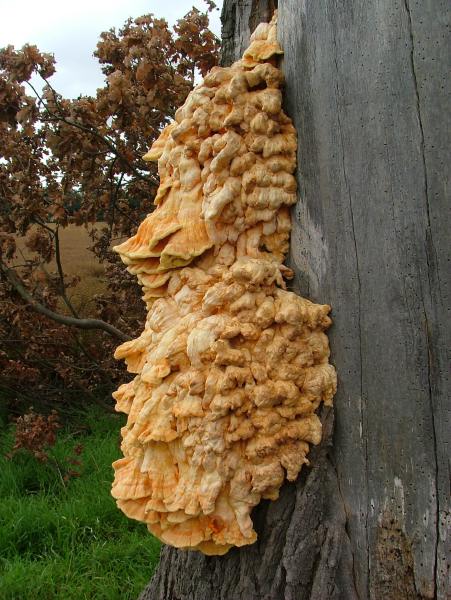 Chicken of the Woods
MRN 1971, Matthewsgreen

The database contains many records, some dating back to 2006. Data has been collected over a period of time during which our tools, training and techniques had greatly improved through experience and feedback from members. More accurate surveying techniques and equipment were used in the later stages of the survey. The completeness of information was very variable - some early records had no photographs and other information that we now consider essential could be missing. We also found some duplicate records where owing to a misunderstanding over area boundaries two separate groups of surveyors recorded the same tree! And of course, trees that were healthy and standing in earlier years may have succumbed to disease or removal.

For these reasons, the Association embarked on a verification process. The database for a parish was examined and a selection of records chosen for verification. The selection criteria typically were:

Records chosen for verification were extracted from the database and copied semi-automatically to a verification form. Up to two pictures from the database could be copied to the form which could then be printed and used by the verifiers to locate the tree and record any changed information. The amendments were then transcribed to correction or update forms and submitted to the data manager. 'New' trees might well be discovered - having no records in the database and missed during the original survey of the area. In this case, the usual recording form was used.

The next page offers hints on using the eTrex H handheld GPS.