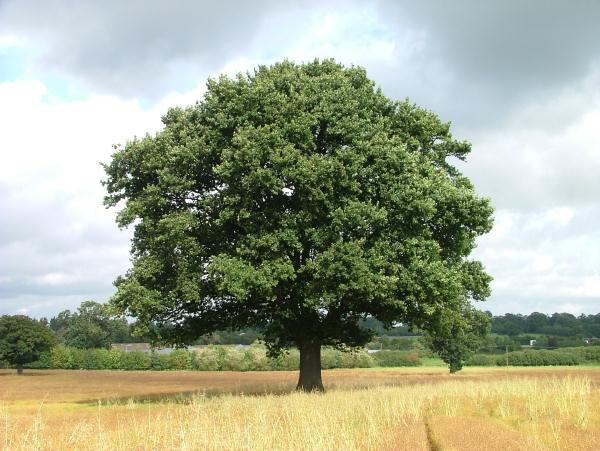 The survey was a project to map as many veteran and other significant trees as possible in the towns of Wokingham, Earley and Woodley and the 14 parishes in the wider district. It was funded initially by a generous grant from the Wokingham Society and supported by the Wokingham District (now Borough) Council who commissioned help from The Conservation Volunteers (formerly British Trust for Conservation Volunteers). Grants to assist the project have also been made by town and parish councils, the National Lottery 'Awards for All' scheme, the Thames Valley Environmental Records Centre (TVERC) and TCV.

Although the WDVTA was formed in January 2007, volunteers had already started surveying Wokingham's veteran trees in the previous year and nearly a thousand trees had been recorded by the end of the Association's first year. By the end of 2010, over 4000 trees had been surveyed and their details recorded in the WDVTA database.

At the end of 2021 the survey was closed and no further changes will now be made to the database. 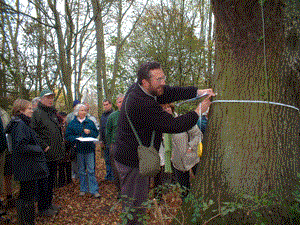 The survey aimed to record all veteran trees in the Wokingham district, which includes all the parishes in the Borough. It was carried out entirely by volunteers, most of whom are members of the WDVTA. No special skills were needed, although volunteers were asked to take a short training course so they could become familiar with the techniques, equipment and forms that were used.

Most of our volunteers worked in pairs. There are advantages to working with a partner - it's quicker that way and mistakes are less likely. It can be more convenient too because there are a number of items surveyors have to carry around with them.

Each parish has a co-ordinator whose responsibility was to manage the survey activities and support the parish's volunteers. The co-ordinator's tasks included:

Surveying is not difficult; it is a good way to get to know Wokingham and it can be great fun! It does, however, need care and attention to detail. The Surveyor's Handbook gave all the information a surveyor might need, covering topics such as:

The co-ordinator assigned an area of the parish to each pair of volunteer recorders and marked up a map showing the area to be surveyed together with any additional information such as roads or field boundaries so the volunteers knew exactly what area they had been given. As well as the map, they also needed a flexible tape, a GPS handheld to record the grid reference, a camera and a clipboard. The WDVTA has some GPSs and tape measures that were lent out to those who didn't have their own.

The recorders then looked for trees that qualify as 'veterans', namely

On finding a tree of interest, the recorders noted its details on the recording sheet. The information recorded included

Typically, it took about 10 minutes to record the details of a tree.

The next page describes the processing of survey data and updating, correcting and verifying database records.